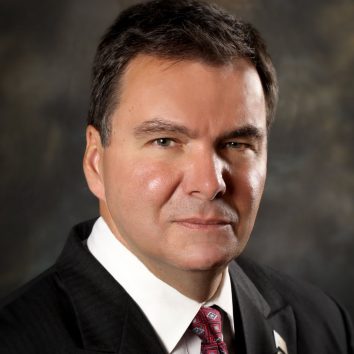 Executive Director
Senator Bill Coley.Former Senator Bill Coley fulfilled his term limits for 16 consecutive years in the Ohio General Assembly, including 10 years as a Committee Chairman.  He was a founding member of the Joint Medicaid Oversight Committee, the Correctional Institution Inspection Committee and served on the Ohio Constitutional Modernization Commission as well as serving as one of Ohio’s delegates to the Assembly of State Legislatures.  Senator Coley’s experience in handling gaming issues led to his election as president of the National Organization of Legislators from Gaming States (NCLGS).  His experience, coupled with his innovative legislative efforts, has resulted in the senator speaking throughout the nation, and internationally, on legislative issues including elections operations, payment systems, pharmacy benefit management, and educational distance learning.  Coley has made presentations and been invited to speak on sports betting and gaming policy to legislators throughout the United States, Brazil, South Africa and Japan.  He has also been a frequent speaker at the ICE conference in London. Coley’s innovative legislative efforts have garnered him many awards.  He has been named legislator of the year by the Foundation for Government Accountability (FGA), the Cincinnati USA Regional Chamber, and the American Kennel Club.  The Senator has also received distinguished legislator recognition by numerous organizations including the American Legislative Exchange Organization (ALEC) where he served as state chairman, the American Conservative Union, the Ohio Farm Bureau and he was named a Watchdog of the Treasury by the United Conservatives of Ohio.  Working together with President Crawford of Miami University, Coley helped create the Work+ program.  Work+ puts high school graduates to work for one of a growing list of employers, and receive a Miami University Degree, in whatever major they choose, and all without having to write a check for tuition or going into debt. Currently, Senator Coley is consulting with Miami University’s Institute for Responsible Gaming Lotteries and Sport.  He also works as a commercial litigation attorney, is AV Preeminent rated, (the highest rating) and is licensed to practice law in Ohio, Kentucky and Indiana.  Coley received his bachelor’s degree in finance from the University of Dayton and his law degree from the Cleveland-Marshall College of Law. An instrument rated pilot, he and his wife Carolyn live in Liberty Township Ohio.  They love animals and have two Old English Sheep dogs (Wilby and Elwood) plus a cat (Tillie).
Special Awards & Achievements 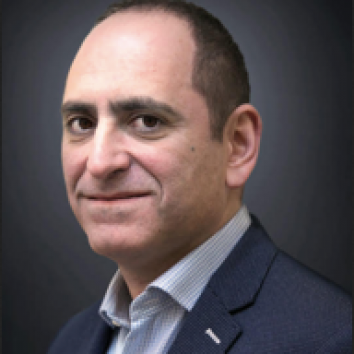 Alex A. Igelman, LL.B. is a lawyer and senior strategic consultant who has spent the past 25 years focused on the regulation and oversight of the intersection of gambling and internet technology.

Alex was called to the bar in 1991 and was one of the first gaming lawyers in Canada when he acted on behalf of MGM, Mirage Resorts, and Caesars in Canada. In 1996, Alex was one of the first lawyers that focused on the nascent online gambling space and he was instrumental in the early success of both PartyPoker and Pokerstars having worked directly with both founders.

Today both companies operate globally in numerous regulated jurisdictions. In 2004, while in private practice, Alex was a founding shareholder of gaming giant GVC (now Entain), a company with a multi-billion-dollar valuation and current owners of Ladbrokes, PartyGaming, and in a joint partnership with MGM. Since 2014, Alex has been focused on bringing some oversight into one of the last bastions of unregulated gambling, namely, skill-based gambling. Alex is a member in good standing of the Law Society of Ontario and on the editorial board of the Gaming Law Review and a frequent contributor to the same. 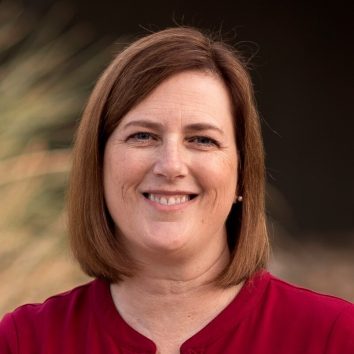 Becky Harris is a Distinguished Fellow in Gaming and Leadership with the International Gaming Institute at UNLV. In this capacity, Harris works with regulators, operators, academics, and other stakeholders on a host of gaming and leadership related issues and projects. Harris created Winning With Words (W3), a peer-to-peer (P2P) competitive game of skill. W3 was launched in December of 2019 and is offered on a P2P skill-based game platform for fun or for monetary prize pools. Having developed, launched and marketed a skill-based game, Harris understands the complexities of skill-based gaming.

While at UNLV’s International Center for Gaming Regulation (ICGR), as an academic fellow with an emphasis in the study of sports betting, Harris collaborated with stakeholders on behalf of the ICGR to finalize the formation, launch, and first convening of the U.S. Sports Betting Forum, an outlet designed to provide a neutral forum in which stakeholders can convene to discuss policy and regulatory issues relating to legal sports wagering.

Harris finished her term as Chairwoman of Nevada Gaming Control Board in 2019 and was the first woman to hold the position. She guided the Board through a number of controversial matters; including, the repeal of PASPA, the emergence of sports betting across the United States, and various Wire Act issues.

Harris was elected to the Nevada State Senate in 2014, representing Nevada’s Ninth District. She served for two legislative sessions and two special sessions. Her experience includes serving as chair of the Senate Education Committee, as well as a member of the Senate Judiciary, Finance, Education, and Commerce, Labor & Energy Committees. An active member of the National Organization of Legislators from Gaming States (NCGLS), an association of lawmakers from across the country in states with legalized gambling, Harris chaired the Responsible Gaming Committee and served as Treasurer. Harris also served as Nevada’s State Director for Women in Government and is a Henry Toll Fellow. 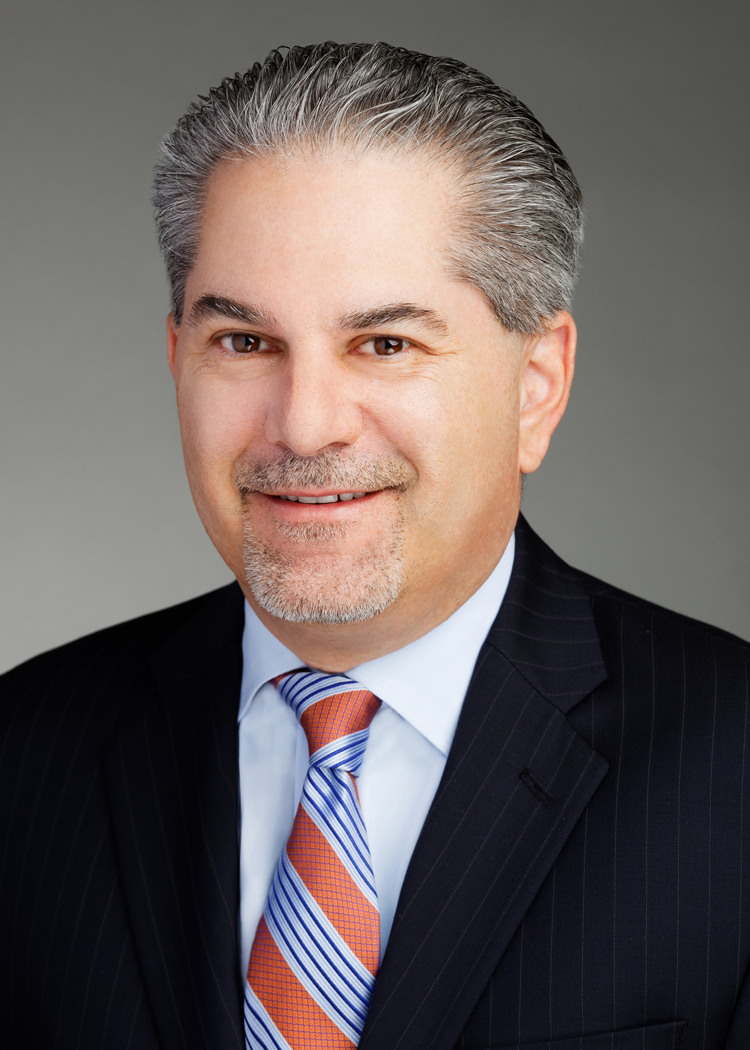 Marc H. Rubinstein is managing partner with the Las Vegas business law firm of Reid Rubinstein & Bogatz. He has practiced law for more than 30 years, as a private attorney and as general counsel for leading companies in the gaming industry. As chief legal officer for companies such as Wynn Resorts Limited, Caesars Palace, Affinity Gaming, Tropicana Entertainment, and the Cosmopolitan Resort & Casino, Mr. Rubinstein accumulated a vast array of knowledge in multiple legal disciplines, most notably gaming regulation and compliance, corporate law, corporate securities, corporate finance, mergers and acquisitions, land use planning and development, restructuring, commercial litigation, and legislative lobbying and drafting. Mr. Rubinstein is a Counselor and former Trustee of IAGA, and served as its President in 2011-12. He began his career with the law firm of Lionel Sawyer & Collins in Las Vegas, after having been graduated from New York University School of Law. 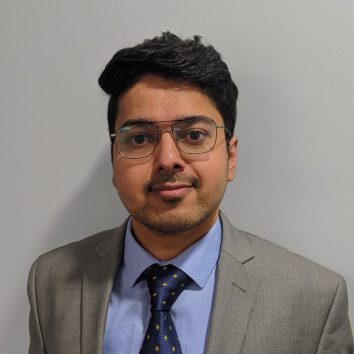 Manav Bhargava works with Esports Capital Corp. as the Director of Research and heads legal research and corporate legal advisory at the company. Manav is a seasoned legal professional with expertise in regulatory mapping and compliance. Manav has a keen interest in online gaming and has invested himself in tracking regulatory developments in the skill gambling industry. Manav’s diverse experience of seven years also includes advising technology companies and not-for-profit organizations on general commercial transactions, joint ventures, dispute resolution and business development. Manav holds an LL.M. from Osgoode Hall Law School, York University, Toronto and a corporate secretary qualification. 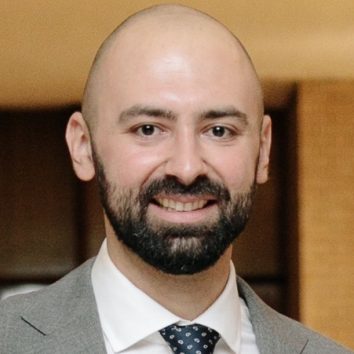 Leon is passionate about giving back to his community through volunteering time and skills to non-profits and social causes. Leon has played key roles in building two Canadian start-up community-focused not-for-profit organizations, Limmud FSU Canada and the Canadian chapter of StandWithUs, where he also served on the Board of Directors. Leon holds an Honours BA in Economics and History of Religions from the University of Toronto, and an MBA from the Schulich School of Business, York University, Toronto. 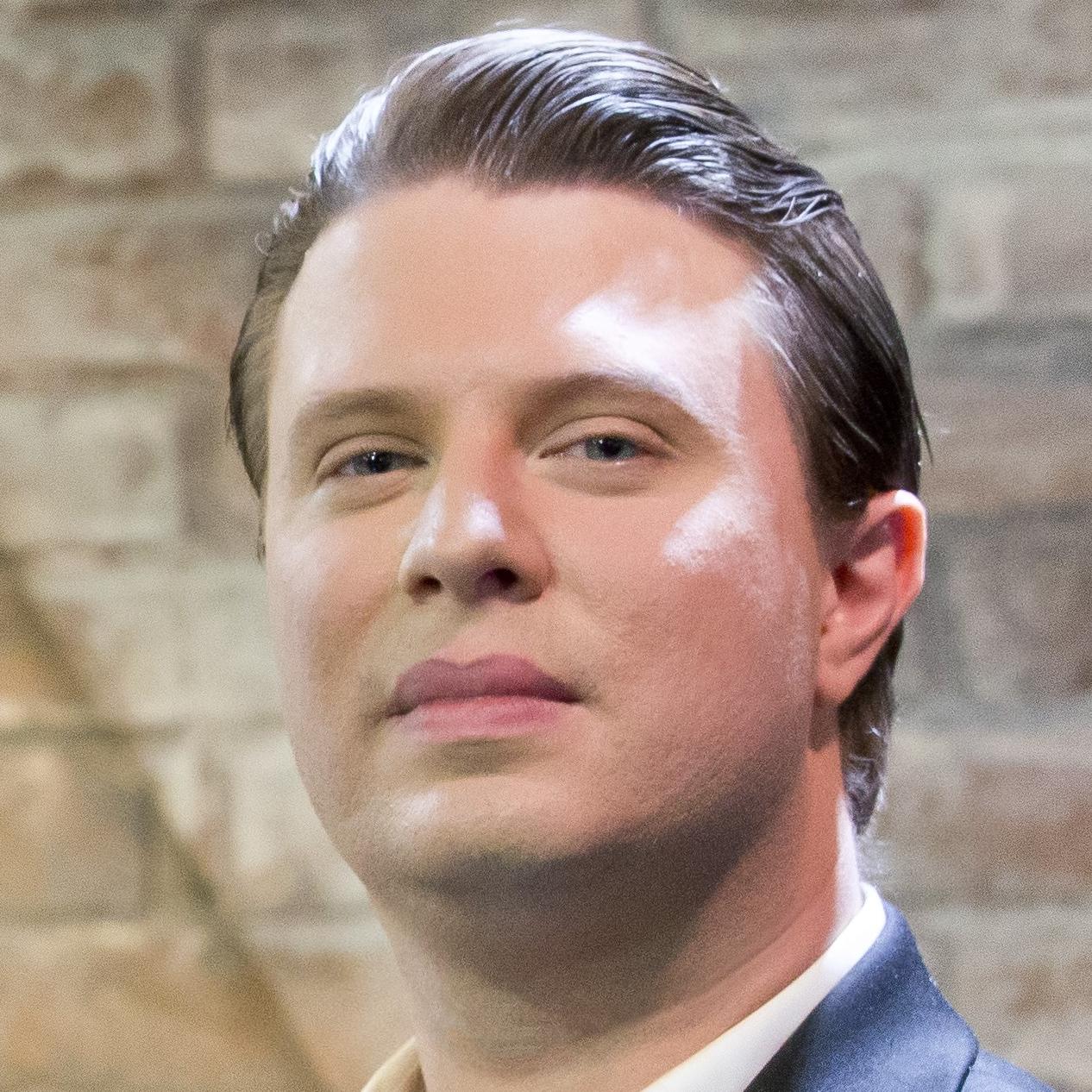 Matt has been a trailblazer in the esport and games industry for over 20 years (even before esports was an established word). Matt has worn many hats throughout his distinguished career including those of competitor, commissioner, startup founder, and game producer – all with an emphasis on elevating video games to the level of professional sports. Many of Matt’s projects have become fixtures of the esports industry, including MADDEN NFL Championship Series (EA SPORTS) and the League of Legends World Championship (Riot Games).

Through the course of Matt’s career, his products have generated thousands of hours of content viewed by an international audience of tens of millions. Matt has managed over 100 live events from hotel ballrooms and LAN centers to US sport meccas that have awarded more than $20 million in prize money and player compensation. Additionally, Matt has been a fierce advocate for publisher support programs for grassroots tournament organizers. Thousands of competitions, which are foundational for the growth of esports, have been supported from Matt’s efforts. 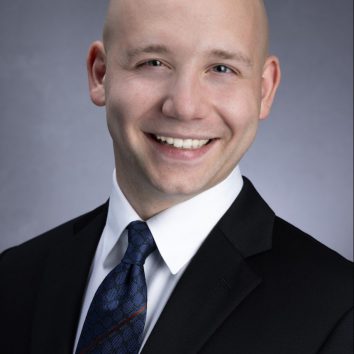 Aryeh is Regulatory and Compliance Manager at Esports Capital Corp with expertise in heavily regulated industries ranging from biotechnology to gaming. Aryeh believes in conceptualizing problems from first principles, and tackling them with a combination of data and intuition. Trained in both law and cancer genomics, he deploys a scientific rigor, curiosity, and precision in his client service.

At FairP2P, Aryeh coordinates PR affairs and advises on nascent markets and emerging technologies such as e-simulators. His roles at both organizations are distinct yet synergistic. Prior to joining FairP2P, Aryeh worked as a Summer Associate at Jones Day, and Maschoff Brennan, focusing on intellectual property. His principal legal interests include Gaming and Space Law

Aryeh holds an Honors BSc from the University of Toronto, an MS from Caltech, and a JD from UC Berkeley. He will receive an LLM in Gaming Law and Regulation from UNLV in 2022.

Leon Martynenko is a Special Projects Consultant with Esports Capital Corp, a consultancy and venture capital firm focused on the esports and gaming industry. Leon is a generalist with over 15 years of international experience across industries, ranging from not-for-profits to consumer goods and professional services. Besides his management consulting experience, Leon’s diverse background includes operations management, executive search, management, and team leadership experience across different settings including military, public and not-for-profit sectors.

Leon has played key roles in building, from the ground up, two Canadian community-focused not-for-profit organizations, Limmud FSU Canada and the Canadian chapter of StandWithUs, where he also served on the Board of Directors. Leon holds an Honours BA in Economics and History of Religions from the University of Toronto, and an MBA from the Schulich School of Business, York University, Toronto.

Manav Bhargava works with Esports Capital Corp. as the Director of Research and heads legal research and corporate legal advisory at the company. Manav is a seasoned legal professional with expertise in regulatory mapping and compliance. Manav has a keen interest in online gaming and has invested himself in tracking regulatory developments in the skill gambling industry. Manav’s diverse experience of seven years also includes advising technology companies and not-for-profit organizations on general commercial transactions, joint ventures, dispute resolution and business development. Manav holds an LL.M. from Osgoode Hall Law School, York University, Toronto and a corporate secretary qualification.